Our hiking boots have had several outings this week as we have explored some of Tasmania’s wild and inspiring walks.  The longest trail we did was up to the magnificent Meander Falls.  It was a climb of over 500 metres but the track wound up through beautiful temperate rainforest.  The guide books suggested it was a 6-7 hour return trip but we comfortably did it in 4.5 hours which included stopping frequently to take photos.  Maybe we were just super fit after the Windsor Park Run on Saturday.

Cataract Gorge can indeed bring a tear to a glass eye.  The Gorge is close to the centre of Launceston which is Tasmania’s second largest city.  There was a chair lift but we chose to walk the circular route which went up as far as the old hydro-electric power station at Duck Reach. 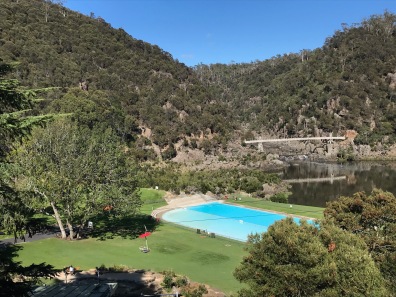 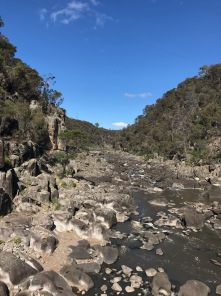 We have stayed at caravan parks in Deloraine and Latrobe this week.  Both suggested they were good places for spotting platypus in the local rivers and they were right!  It has taken patience but we have spotted three in the wild now but they’ve either been too quick or too far away to capture on film.  Lovely to see them nonetheless. 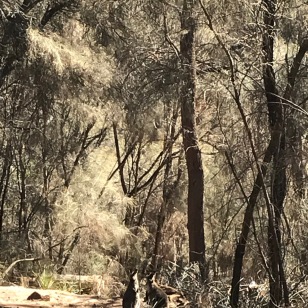 No photos of the raspberry farm, cheese or chocolate factories we visited this week.  The free samples were miniscule!  We did however do our bit and look forward to finding out if the raspberry jam lives up to its slogan of being “The way life should taste”!!!