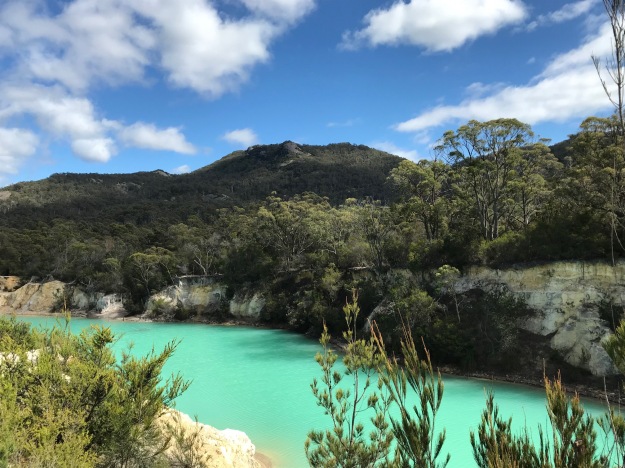 You wouldn’t believe the number of gorgeous photographs I’ve taken this week and it has been tough culling them back for the blog.  The Little Blue Lake really was that blue, the rolling pastures we drove past were lush and green and Low Head at the mouth of the Tamar River was so calm and peaceful. 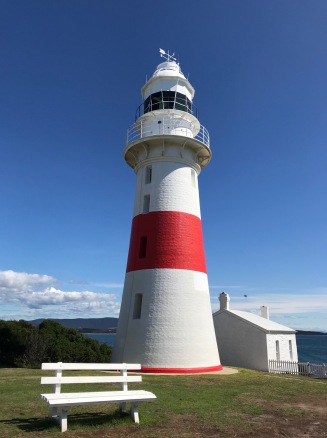 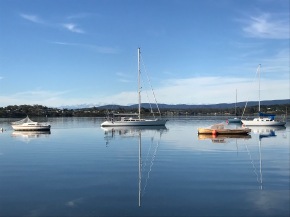 We have free camped beside a beautiful river in Derby, on a vineyard at Pipers Brook and also stayed at some very inexpensive campsites with fabulous facilities.  Accommodation is certainly a lot more affordable here in Tasmania and so we have splashed out a bit more on entrance fees to various touristy attractions.

The $55 (£30) Tamar Triple Pass gave us entry to Platypus House, Seahorse World and the Beaconsfield Mine and Heritage Centre.  All three were very informative and offered present buying opportunities for grandchildren!  I did briefly catch a glimpse of one platypus in the wild but hope to see many more.  Meantime it was good to see them up close even if it was in an enclosure.  I thought platypus would be similar in size to otters but they are much smaller.  Their fur is really soft and they uniquely lay eggs the size of small marbles.  There was no shortage of seahorses at Seahorse World.  They had thousands of them – some for export, some for conservation.  The potbelly seahorses caught my attention.  The bigger the potbelly, the more attractive the male is to the female apparently.  It is something akin to women with good childbearing hips I guess because it is the male seahorse that incubates the fertilised eggs in his pouch and then gives birth to around 1,000 little ones!!!  Baby seahorses have to fend for themselves from day one and many don’t make it. 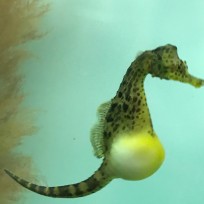 How many seahorses can you see?

We spent over an hour and a half at the Beaconsfield Gold Mine Site which had a number of interactive displays.  We hadn’t realised that as recently as 2006 there had been a major rescue operation to free miners trapped following a rock fall.  The exhibition about this event was sensitively done and whilst there was relief that two of the miners were brought out alive after 15 days underground, it was tainted with the sadness that one of their colleagues was not as fortunate. 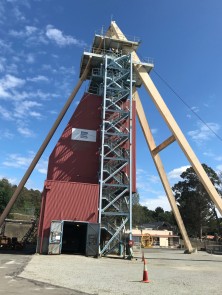 Having crossed over the magnificent Batman Bridge we have started coming down the Tamar Valley which is well known for its wineries.  We have popped in on a few and met the owners, their dogs and some pigs.  Proving very popular this year is Glamping In The Vines!  We skipped that but did enjoy beer and cheese tasting following our tour round James Boags Brewery in Launceston.  We did do our first Park Run in Tasmania last weekend and aim to do the Windsor Park Run this Saturday. 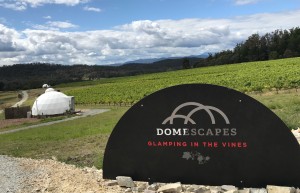 We haven’t seen as much street art here in Tassie as we did on our lap last year but they do have a thing for tree sculptures.  These were in commemoration of war veterans and for the whaling industry.

8 thoughts on “Tasmania in Glorious Technicolour”