This week has been all about the rocks.  Not the type that one wears on one’s finger (will need to wait for Queensland’s Gemfields for that) nor the type one pours one’s whisky over but the diverse formations that make this such an interesting place to visit.

No apologies for the plethora of photographs taken of Mount Arapiles.  It is probably the closest we’ll get to something remotely resembling Uluru as we won’t make it down to Alice this time around.  The contrasting colours at Mount Arapiles were quite stunning and we thoroughly enjoyed our 33 km bike ride to get up close and personal to this world renowned rock climbing area.  With over 2,000 climbing routes, some of them amongst the hardest in the world, we were quite happy watching all the activity from ground zero.

Close Encounters of the Australian Kind 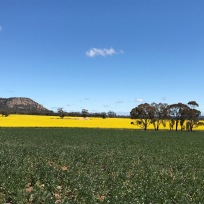 Once we checked out the natty knitting in Natimuk (some people have way too much spare time), we drove on to Balmoral where we planned to spend our one night a week “Rough Camping”. Spending the night in our fully self contained motor home complete with hot shower, flushing toilet, fridge and cooker is perhaps not quite the same as “Rough Camping” in the Scottish Highlands, but we see it as an opportunity to get closer to the local community and save a little on Caravan Park costs. Any savings we do make goes back into the local community where we shop (if they are open) and partake of food and beverages.

Something for the Knitting Fraternity!

Balmoral had no stately castle, no shops open on Saturday afternoon and the hairdresser is only open on Wednesday and Thursdays by appointment but it did have a bar selling Northern Brewing lager. Here we got chatting to an interesting character at the bar, Neil, who introduced himself as the drummer for the Rock Band, Unruly Mob!!! The band had been hired to play that night in celebration of the landlady’s birthday. Open invitation was extended to all and sundry and so we joined about twenty other locals to rock the night away. The lead vocalist was a bit dodgy (he was a Kiwi), harmonies didn’t always work (!!!) but they did a respectable version of Eric Clapton’s Cocaine. 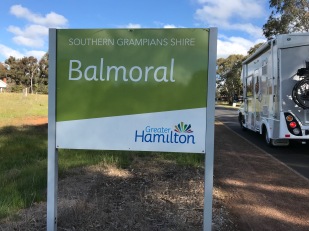 So Where’s The Castle?

Our third encounter of the rock kind was in Mount Gambier where we cycled round the Blue Lake. This is a large volcanic crater lake which turns a vibrant blue each year around November/December. Unfortunately she was still wearing her winter greys when we saw her but still quite an attraction along with the Umpherston Sinkhole where an impressive sunken garden was created in 1886. None of these should be confused with the alternative Blue Sink Holes that can be found dotted right across Australia (lol). For the uninitiated, Dump-Ezy sites are where you empty your toilet waste.

Blue Lake on a Grey Day in Mount Gambier 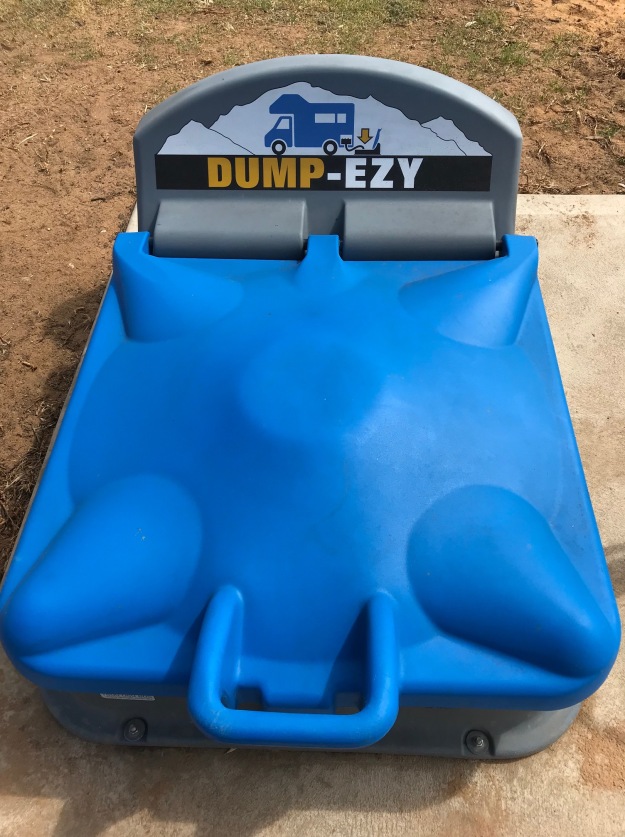 Some places have a great deal going for them, others not so much. Apologies now if I offend anyone from Millicent, but apart from its well signed Dump-Ezy point, it didn’t quite hold the charm we expected. Instead of it being called Milli-cent maybe it should be Milli-absent, Milli-gone or even Milli-wasn’t!

Three rock sensations down – three more to still write about. The 40 foot iconic Obelisk on the Limestone Coast at Robe was good to see before it tumbles into the sea and we were blown away by the beauty of Alexandra Cave at Naracoorte, a World Heritage Site. The caves were uncovered in 1908 and at every turn there were spectacular stalagmites, stalactites, helictites and columns. It is also one of the world’s most important fossil sites preserving the bones of megafauna that became extinct around 40,000 years ago!

Iconic Obelisk at Robe on the Limestone Coast 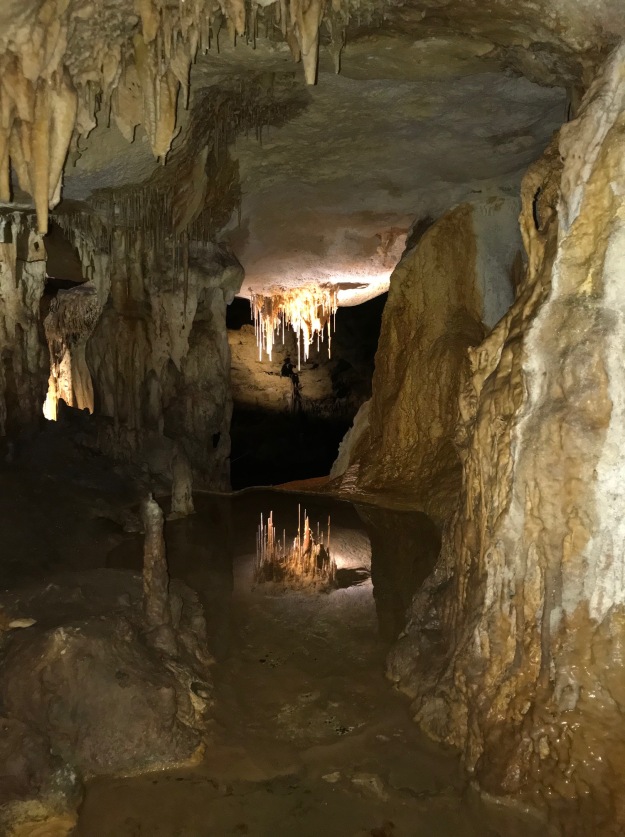 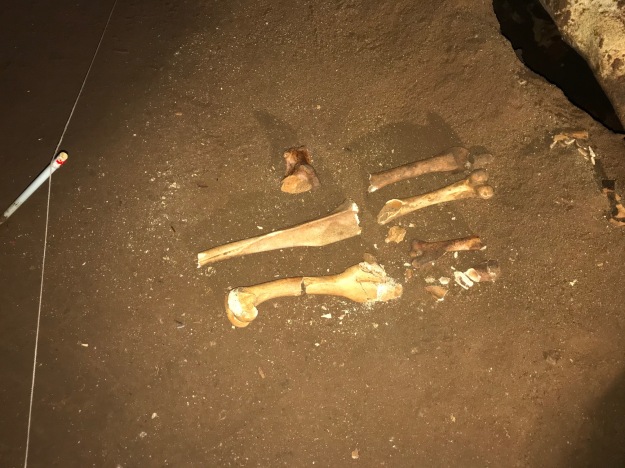 Speaking of rare specimens, I believe our Jura (the name we have given our Motor Home) is the youngest vehicle on our current Caravan Park at Murray Bridge. There just happens to be a Rally starting nearby to celebrate 90 years of the Ford Model A in Australia and some of the cars are parked up alongside us. Rock On Henry (1928)! 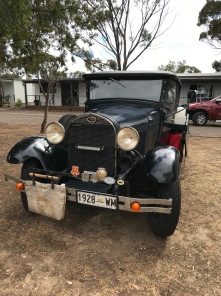 Whilst many of these old boys have many thousands of miles on their clock, Jura has now done nearly 5,000 although we’ll have to push on a bit after Christmas if we’re going to complete the lap by June. We are now into our third Australian State having crossed into South Australia and come across our first Quarantine Bins. Never being one to throw food away lightly, we sat by the bin getting our vitamin C fix by gorging ourselves on the remaining mandarins, apples and cherry tomatoes but passed on the onion, garlic and, most regrettably, our limes and lemon!